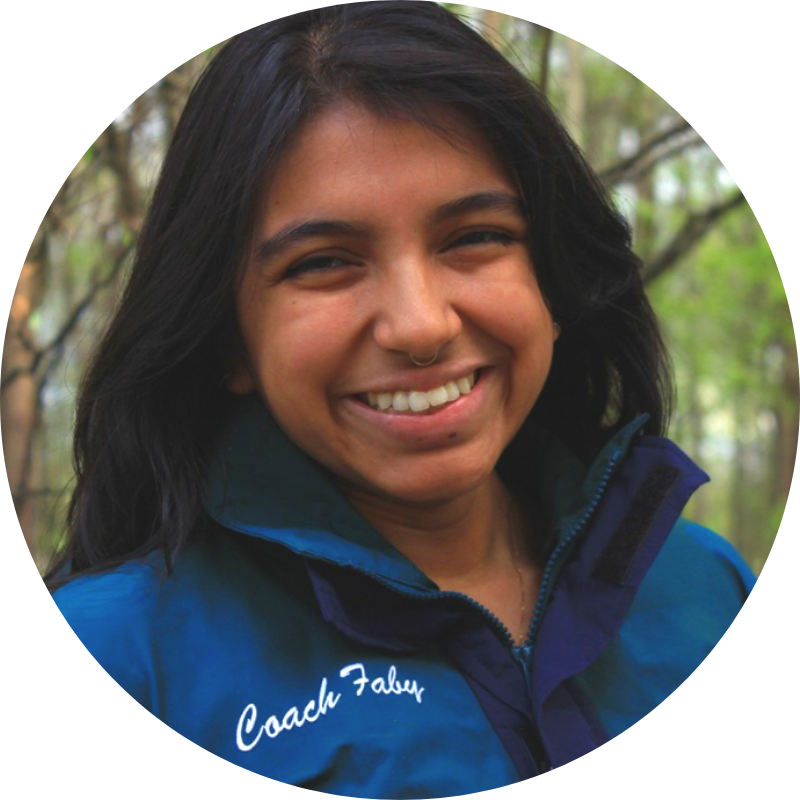 Faby started rowing at Mount Vernon High School Crew in 2013. By 2017 they had been a team captain for 3 years, team spirit and MVP awardee, and had coxed/coached the MV4+ to their first VASRA grand final in 10 years. 2017-2018 they coxed for Mason’s varsity women and coached South County High School’s varsity women. In 2019 they were recruited to PBC Women’s Sweep where they led the 2nd 8+ to Club Nats and 4+ to HOCR.

In 2021 they served as the novice girls assistant for W-L, coxed TBC open women to top finishes in the W4+, and led the PBC Women’s club 8+ bow #1 at HOCR.

In Spring 2022 Faby became the Head Freshman/Novice coach for Walt Whitman and led them to top WMIRA finishes – 1st in the NW8+ and 2nd in the FW8+. Throughout 2022 Faby coached at Capital rowing, serving as a sculling coach and eventually becoming the Head Novice Juniors Coach and Co-Head of Evening Sweep. Off the water Faby enjoys watching films, playing video games, and finding ways to engage in local mutual aid projects.