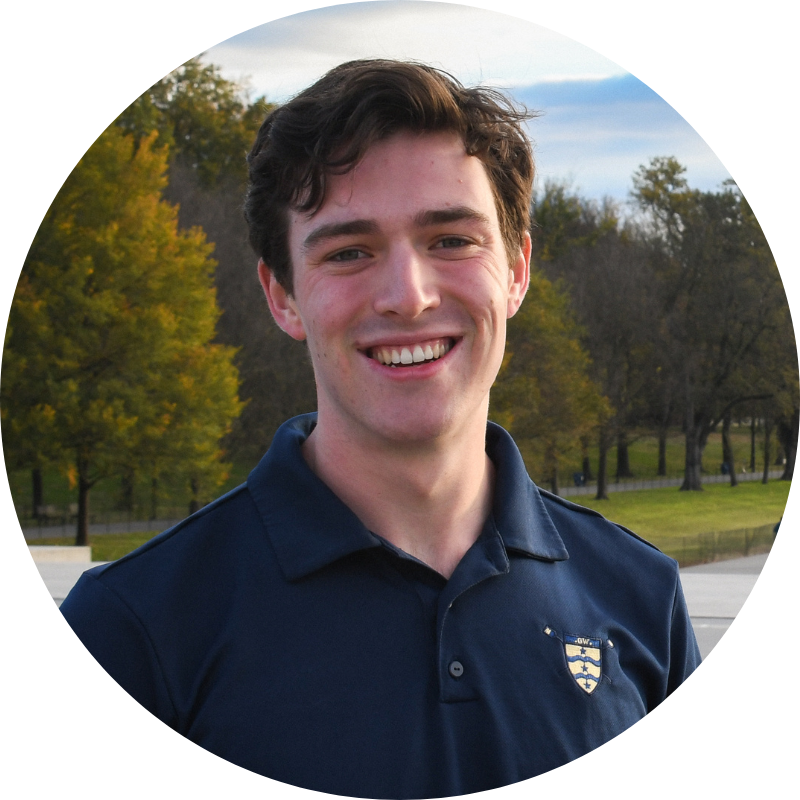 Brian began rowing in 2014 for his high school team, Arlington Belmont, outside of Boston, where he rowed for four years and was elected co-captain his senior year. In college, Brian rowed at the George Washington University, where he studied Political Communication and International Affairs. At GW, he contributed to a team best finish across all three eights at the IRA National Championships in 2021, placing 12th in the varsity eight. Following the discontinuation of the varsity men’s rowing program due to budget cuts, he helped establish the club rowing team at GW, serving as team captain for the team’s first season as a club, and helped lead the team to an ACRA national title in 2022. Off the water he enjoys reading, hiking, watching basketball, playing word games, and spending time with family and friends.